“I’ve always wanted to be an action figure.” Jake Lloyd

If you’ve ever been to a toy store, it’s impossible not to have come across action figures of some kind or the other. But they’re not just in toy stores, you probably know at least one person in your social circle who loves and collects action figures. Having become so ubiquitous, it’s hard to miss them. Custom action figure boxes are a popular way to collect action figures. In this article, we’ll take a deep dive into the world of action figures and look at different aspects of action figures, their manufacturing, and their collection. Are you ready? Let’s go!

What is an Action Figure?

A more comprehensive definition is found at yourdictionary.com [2]

So we can understand that action figures represent characters from various entertainment media and that they are usually made with molded plastic. Now let’s answer some common questions about action figures.

What's another word for an action figure?

Action figures are sometimes called collectible toys, dolls, and action figurines but action figure is still the most popular term.

What is the difference between a doll and an action figure?

The term action figure was first introduced by Hasbro in 1964 when it first launched G. I. Joe action figures [3]. At the time other competitor companies called their similar toys boy’s dolls. Dolls were marketed especially for girls and action figures were originally marketed for boys. Though today both are made for kids of all genders with male dolls and female action figures also becoming popular.

Is an action figure a toy?

It depends on who you ask. Toys are meant to be played with. When kids get action figures, they play with them, making them part of their elaborate story plays. That means for kids they are toys. On the other hand, most adults collect action figures for display. They don’t necessarily play with them in the ways that kids do. So for adults, it might not be considered a toy but a collectible item.

A figurine, also called a statuette, is a small carved sculpture or molded figure. Figurines can be spiritual deities, animals, or human figures. These can be made of many different materials such as clay, stone, metal, wood, glass, or plastic. Figurines are for spiritual, decorative, or collection purposes.

On the other hand, action figures are meant to represent characters from popular media and are made for play or collection. Action figures are made of more durable materials and no spiritual connotation is usually associated with them. You also need to be very careful when selecting the type of material should you use for action figure packaging.

An important difference is that figurines are commonly made of a single component while action figures are made by carefully assembling several parts.

How are Action Figures Made?

Making action figures is a complex process involving a number of steps.

What material are action figures made of?

“But what are action figures made of?” you ask. Well, the simple answer is plastic. Most of the action figure body is made with plastics except for any screws for joining the parts. Action figures can be made of a combination of plastics. These can be:

These types of plastics are cost-effective and provide strength and flexibility for different parts.

How are action figures painted?

The Point of Collecting Action Figures 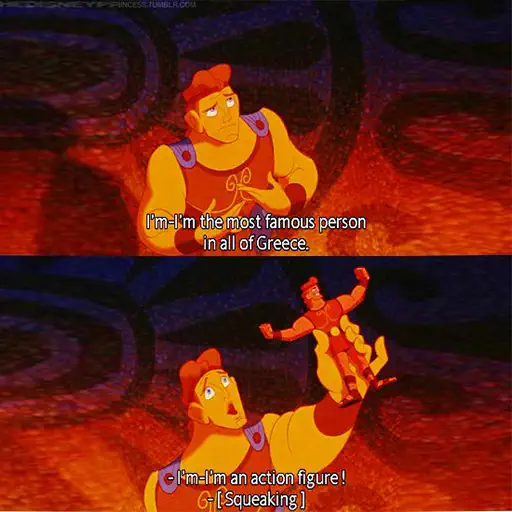 Nakia action figure from the Marvel legends series by Hasbro will be released on October 12, 2022, coinciding with the release of the Marvel film Wakanda Forever, a sequel to Black Panther. 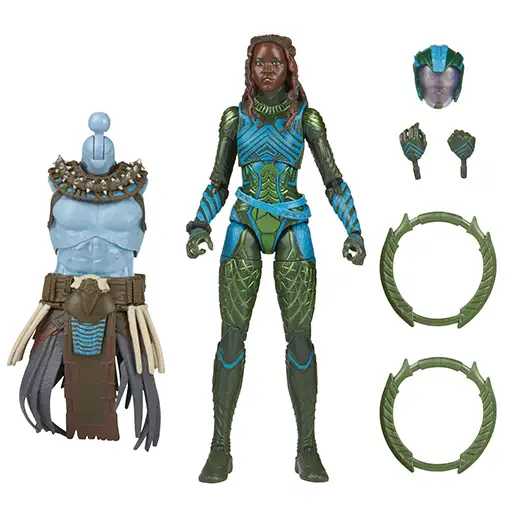 The Deluxe Retro Iron Man action figure from Hasbro will be released on December 1, 2022. 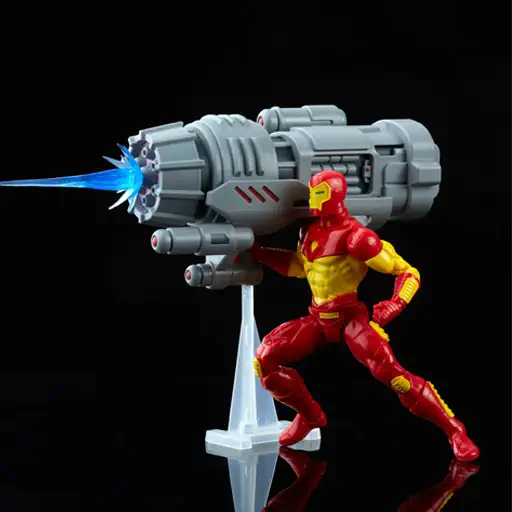 Hasbro has also given fans a glimpse into what 2023 will hold for them. For example, X-Men Cyclops will be available on February 1st, 2023. Similarly, the Dark Phoenix action figure will be released on May 1st, 2023. So get ready for these super cool action figures coming soon!

Action figures are an important part of collectors’ lives. They represent their ideals and their favorite worlds. They are a way to connect with beloved characters in a physical form. Made with plastic in a collector’s hands, they become more than the sum of their parts. The process of creating action figures involves a series of steps and each step ensures that the end product matches the expectations of fans and collectors.

We use cookies to provide you a better user experience.